The first scorpion belongs to the genus Buthus, which is easily recognizable by its yellow color. The sting of this scorpion is usually not lethal. The second Hottentotta gentili, a species of scorpions in the family fat-tailed scorpions It is not thought to be lethal but its sting can cause severe and intense pain. This black scorpion is characterised by a relatively slender and hairy tail, very long and thin pincers, and a large size that can reach 9.5 cm.The third scorpion species found in the quarry by our team was the endemic Scorpio mogadorensis, which is the least dangerous scorpion species in this region. It is a scorpion with a uniform black-brown color and a size of up to 7 cm. It has big strong flattened pincers and a shorter and thin tail compared to its body. 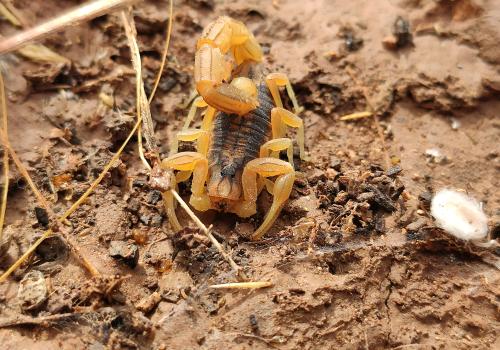 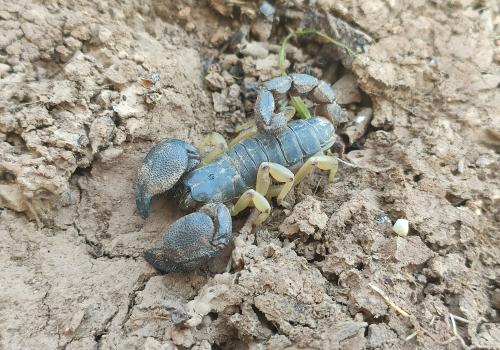 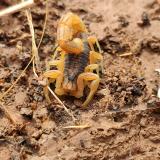 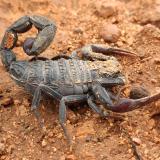 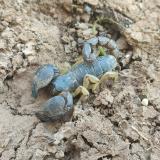